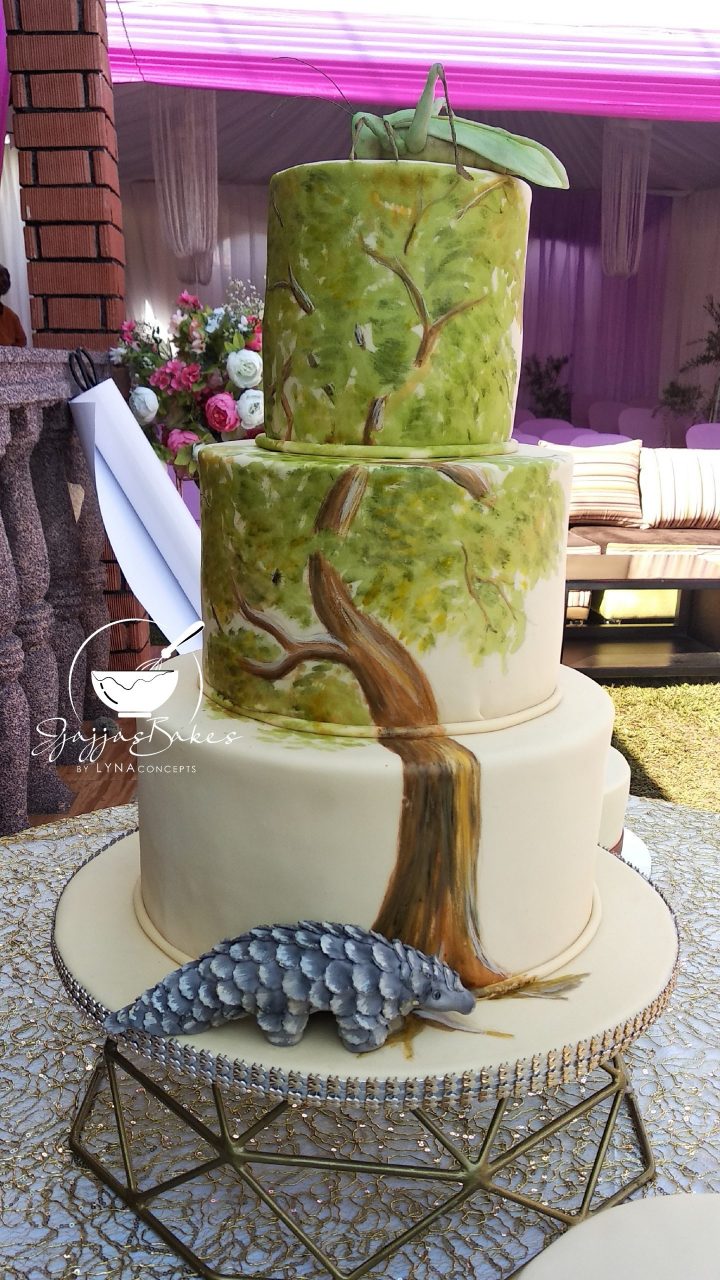 The cultural wedding ceremony is one of many Ugandan wedding events that a couple has to complete before they are officially recognised as a married couple.

The introduction ceremony bears many names depending on which tribe or part of the country the bride hails from. In Buganda it is called Okwanjula which literally means to introduce; in this case the bride officially introduces or presents her intended to her family.

Whereas many customs have held firm despite the passage of time, many others have seen huge changes. Where originally the ceremony was kept small and indoor, we are now seeing larger, more creative and more opulent events and one of the items that constantly changes is the cake. Brides are now choosing more daring and bolder designs; drawing inspiration from the internet, TV and social media.

Our bride had originally wanted a 3D sculpted cake for her Kwanjula, that depicted both her groom and her clan totem symbols. However, because of budgetary constraints, we decided on creating smaller representations of the clans to adorn a 3 tier cake. Using gum paste (a type of sugar paste that dries firmer than fondant) and getting reference pictures of both the grasshopper / Nsenene and pangolin / Lugave off the internet, we recreated miniature figurines for the cake.

So as not to leave the cake bare or add decorations that would end up obscuring the sugar figures, I recommended that we include a hand painted tree to cover the full height of the cake. I used a mixture of gel edible pastes thinned out with food grade alcohol and painted them onto the firmed up fondant covered cake.

It was my 2nd time modelling the grasshopper and the first for the pangolin but I employed my knowledge of modelling with sugar paste that I have acquired over the years of making a huge variety figurine cake toppers, as well as using the reference photos to make as close to real representations as possible.

The painting presented a greater challenge as I don't believe I am a very good painter but I am pleased with how well it turned out.